Despite varying degrees, Gender-Based Violence (GBV) is a thorn in the side of all societies, races, and classes. Is gender-based violence a natural instinctive human tendency? Is it in a man’s genes to be violent, cruel and even sadistic towards his female counterpart? Is there a life-long, low-intensity conflict between sexes? Many resources have gone into addressing GBV, yet it refuses to go away. Why is it so stubborn? What prolongs this pest?

The answers are not as straight forward as we would like to believe.

Furthermore, the answers are not in the domain of this piece of writing either. Herein is an attempt to encourage us to think seriously about the causes of gender-based violence and our contributions towards it. Herein is an effort to understand why.

Perhaps we should start where there is consensus on this issue, the impact of socialisation on GBV. There is a causal-effect relationship between socialisation and gender-based violence. Boys are socialised to be tough, dominant, and in some societies to become alpha males. An alpha male is a man who other men want to be, who women want to be with and who gets what he wants, usually women. Consequently, nothing excites boys than to be in charge. Many parents teach their male offspring to become men, to be strong and above all, not to be weaklings. Parents are the primary source of learning. Movies further reinforce this kind of reasoning. They encourage young men to be rough-talking-no-nonsense-butt-kicking aggressive alpha males, who pursue a carefree and reckless lifestyle. They portray women as sex objects who must fit a socially constructed description of a perfect woman. It is no wonder that sexuality and gender equality education does not seem to be succeeding. It is contending with powerful mediums of socialisation: many parents and culture in movies.

Society leads the way. In many families, children learn from an early age that violence and conflict can settle disagreements and misunderstandings. They watch their parents, neighbours and communities fight, and the winner takes all. They come to an understanding that the victors in a fight become heroes. The competitive school sports instil a belief in children that the strongest wins. It is believed that males are stronger and thus expected to win contests.

We should not be surprised when young men and boys act out their socially inspired dominant roles within their relationships.

Sadly, those young people who feel that they are underperforming in the bedroom take their frustrations out on their partners.

The feeling of sexual inadequacy has a lot to do with gender-based violence. Men suffer from immense psychological stress caused by societal expectations for them to perform. The psychological stress invariably leads to erectile dysfunction, which in turn causes frustration and anger. The result, in many instances, is gender-based violence. This is a massive problem than many would not care to admit. Erectile dysfunction is not purely a problem affecting older men but young people as well. Unfortunately, where there is a feeling of inadequacy, there is also an inclination for jealousy. Men and boys who are suffering from erectile dysfunction begin to mistrust their partners and suspect that their female partners get sexual satisfaction elsewhere.

Due to misconceptions created by the media and movies that a man must have multiple sexual partners, many young boys will go to any length to prove their manhood. They will beat up their partners who they believe are a hindrance on their path to superman-hood. In short, gender-based violence could be a function of inadequacy, lack of confidence and poor assertiveness.

Society should educate them that colossal and monstrous sexual organs do not impress women. Many females report discomfort after sleeping with men with supersized male organs. Parents should teach young men and boys that love has very little to do with physical strength, sexual performance and violence. Love has all to do with understanding, trust and companionship. Young people should know that being assertive is not the same thing as being violent, insensitive and reckless. No amount of behavioural change education can take place without the perpetrators. Unfortunately, the large majority of culprits of gender-based violence are chiefly male. This is not to deny that women cannot be perpetrators of gender-based violence. It is just that their numbers are statistically insignificant to be an issue of national concern.

Young women’s sense of an ideal partner is sometimes warped. Even if the truth is uncomfortable, we should confront it. Nothing is profited from tiptoeing around the truth. What is wrong is wrong, even if the majority of people are doing it. What is right is right, even if there is no one doing it. Young girls should not become accomplices in their own demise and destruction. Unfortunately, they are also socialised into believing that boys must be boys. They become attracted to that ideal male persona created by media. As twisted as it may sound, some young girls believe that their male partners should become alpha males with multiple partners and have some degree of violence to prove their manhood.

The behavioural change begins at home where everything starts. Young people must resist the culture of violence. The poison that older generations ate should not be fed to young people as well. Violence is never a solution. We are all born equal, free and with a right to live a life free from fear. No one has the right to take that right from anyone, more so our partners.

Address by the Minister of Health, Dr Zweli Mkhize, at the Opening of the 9th South African AIDS Con

Acknowledging one of our own

Vacant Positions in the Because We Can! - Amply Change Project 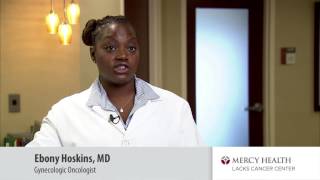 YOU can prevent CERVICAL CANCER!

Will Sexual and Reproductive Health services buckle under the pressure caused by COVID-19?

Numbers of Gender-Based Violence victims in South Africa have skyrocketed